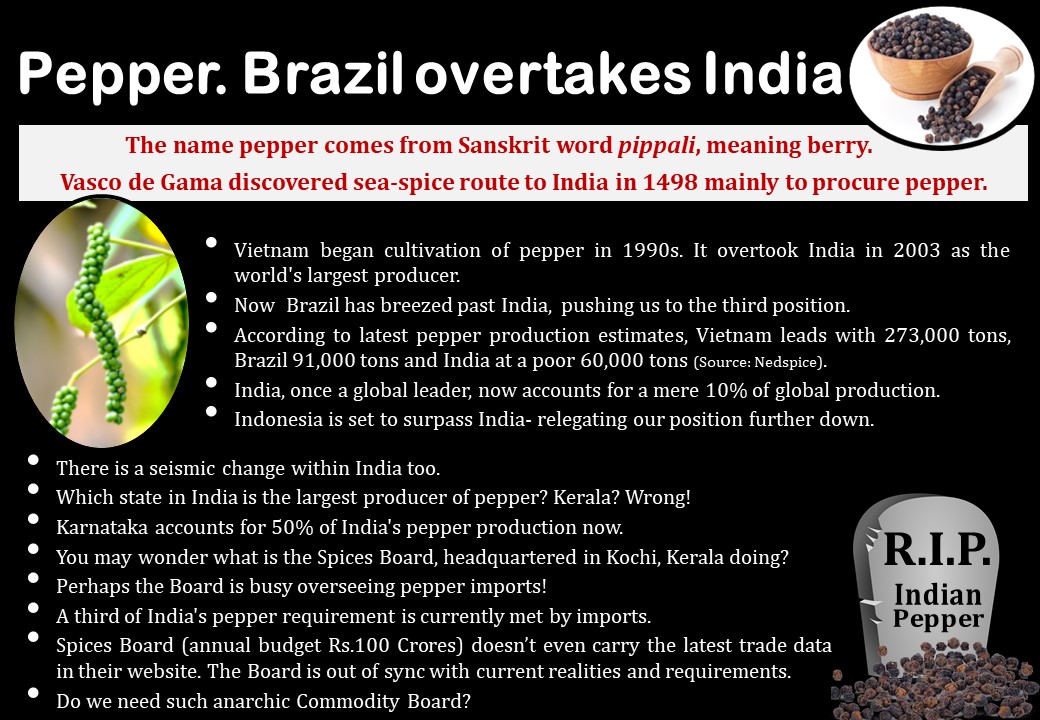 Vietnam began cultivation of pepper only in 1990s , but in 2003 overtook India as the world’s largest producer.

Now (2019), Brazil is set to breeze past India, pushing us to the third position.

India, once a global leader, now accounts for a mere 10% of global production.

There is a seismic change within India too.

Many will think it to be Kerala. Wrong..!

You may wonder what is the Spices Board , headquartered in Kochi, Kerala doing?

A third of India’s pepper demand is met by imports.