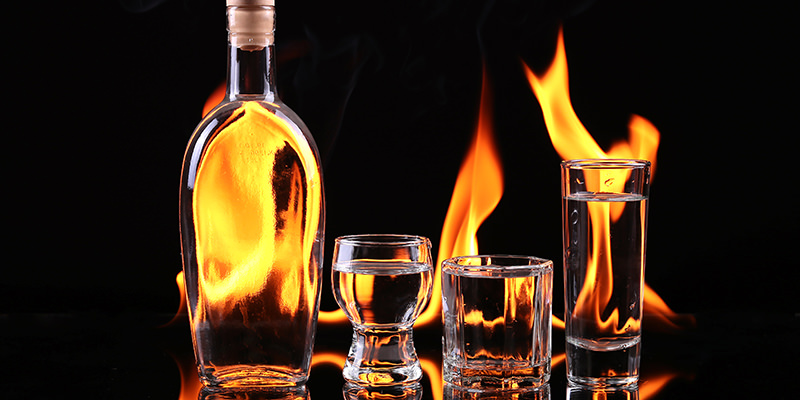 Alcohol is one of the most well established causes of cancer
-Sara Williams, Cancer Research, UK

What are the cancers causing substances? If this question were put before educated elite community, including doctors, their response would invariably include:tobacco, pesticides and chemicals. Not even one in thousand would include alcoholic beverages. Truth is often different from perception. Truth is objective. Perception is not. Truth is verified and verifiable. The truth about alcohol, unknown to many, is that alcohol is listed as a“proven human carcinogen”, by International Agency for Research on Cancer (IARC), a research body under World Health Organisation (WHO).

A carcinogen means “any substance or agent that tends to produce a cancer”. The IARC maintains four different groups of carcinogens. Of this the first i.e. Group-1 includes those substances that have been conclusively shown to cause cancers in humans. Alcohol beverages are listed under Group-1 along with such other well-known carcinogens as tobacco, x-ray, benzene, formaldehyde etc.

IARC’s rulings are the ultimate standard in terms of determining if something causes cancer and Group -1 is their highest risk category. It means that there is conclusive evidence that alcohol causes cancers in humans. In fact, the IARC has classified alcohol as a Group-1 carcinogen since 1988. More recent reviews by other reputed agencies in the field of cancer research have also concluded that drinking alcohol indeed causes cancer.

In its press release no 196 dated 2nd Nov 2005, the IARC said: “nearly 2 billion adults worldwide are estimated to consume alcoholic beverages regularly with an average daily consumption of 13 gm of ethanol (about one drink). Alcohol consumption has already been shown to cause cancers of oral cavity, pharynx, larynx, esophagus, colorectal, liver, female breasts”.

Global Alcohol-attributable Deaths and Share of Cancers in the world

Source: WHO Global Status Report on Alcohol and Health, 2011.

Citing the IARC, the World Health Organization in its Global Status Report on Alcohol and Health 2014 observed “ alcohol consumption has been identified as carcinogenic for the following cancer categories cancer of the mouth, nasopharynx, other pharynx and oropharynx, laryngeal cancer, oesophageal cancer, colon and rectum cancer, liver cancer and female breast cancer. In addition, alcohol consumption is likely to cause pancreatic cancer. The higher the consumption, the greater the risk for these cancers, with consumption as low as one drink per day causing significantly increased risk for some cancers, such as female breast cancer

According to WHO, globally, 50.1% of total alcohol is consumed in the form of spirits (whisky, brandy, rum, vodka etc). The second most consumed alcoholic beverage type is beer, which accounts for 34.8% followed by wine 8%.

Research has shown that all types of alcoholic drinks, including wine, beer and spirits, can increase the risk of cancer. The risk is linked to the actual alcohol (ethanol) in the drink, and increases with the amount drunk. Ethanol is the most important carcinogen in all-alcoholic beverages.

Europe has the highest per capita consumption of alcohol, reveals 2014 report by WHO. Europe has all the top 10 alcohol consuming countries in the world, Belarus is at the top with 17.5 litres of pure alcohol.

Cancer Council, Australia categorically states that alcohol use is a cause of cancer and any level of alcohol consumption increases the risk of developing an alcohol related cancer.

“Alcohol is a carcinogen and should be treated as such” was the message at the European Week Against Cancer held in Dublin in May 2013.

Alcohol could cause cancer in many ways:

Alcohol can increase the level of hormones such as oestrogen in the body. Unusually high levels of oestrogen could cause breast cancer.

Alcohol can cause cirrhosis of the liver, by repeatedly damaging the liver’s cells. This is turn can cause liver cancer.

Alcohol makes it easier for cancer-causing chemicals, such as those found in tobacco, to be absorbed in the mouth or throat.

Alcohol reduces the amount of folate (folic acid) in our blood. Folate is a B vitamin that our cells need to create new DNA correctly.

Alcohol can cause highly reactive molecules known as Reactive Oxygen Species or ROS, to be produced in our bodies and particularly in the liver. These molecules are damaging and they are usually kept at a low level, but when ROS levels are raised, they are known to damage DNA.

Highlighting the urgent need to promote public awareness about alcohol being a human carcinogen, Daniel E. Nelson et al in “ Alcohol Attributable Cancer Deaths and Years of Potential Life Lost in United States” published in April 2013 issue of American Journal of Public Health (Am J Public Health. 2013 April; 103(4): 641–648) concluded “Stronger and more comprehensive individual and population level efforts are warranted to reduce cancer risk from alcohol use. Clear and consistent statements from medical and public health organizations and providers are needed emphasizing that:

Indian Constitution includes liquor prohibition policy in the Directive Principles under Article 47, which expressly states, “ …the State shall endeavor to bring about prohibition of consumption of intoxicating drinks….” Paradoxically – post independence – India has grown to become the 3rd largest in the world for alcohol beverages with a retail market size of over Rs 200,000 crores ($35 bn). India is the world’s largest market for whisky.

A study by ASSOCHAM shows that alcohol consumption in India is registering a robust growth of about 30% on year-over-year basis. This is much higher than the growth seen in the consumption of coffee, tea or milk.

Within India, Kerala is India’s tippler’s paradise. With 11.1 litres, of pure alcohol the annual per capita, the alcohol consumption in Kerala is 80% higher than the world average of 6.2 litres. The growth is rapid too. Consider this: between 2009-10 and 2012-13 i.e. in just three years the sale of alcoholic drinks shot up from Rs 5540 cores to Rs 8818 crores in Kerala. The state owned Kerala State Beverages Corporation that exclusively distributes alcoholic beverages is the most profitable government undertaking. In January 2014, the Chief Minister of Kerala admitted in the state assembly that Kerala had the maximum number of cancer patients in India. Out of every one lakh males, 133 persons suffer from cancer in Kerala. Among males 50% of cancer in mouth, throat and lungs are caused by tobacco and alcohol habits, observes Regional Cancer Centre in Thiruvananthapuram. It is estimated that 35000 new cancer cases occur in Kerala in a year. This must be seen against its small population of 3.3 crores (2011 census). Probably all these weighed heavily on the state government to substantially cut down alcohol consumption by restricting the licensed bars. Tobacco in any form is carcinogenic. Similarly, alcohol in any form is carcinogenic.

Next to Kerala comes Punjab in per capita consumption. In 2014-15, people of Punjab would be consuming 33.63 crore liquor bottles, as per latest cabinet estimate.

A recent study by National Institute of Mental Health and Neurosciences (NIMHANS), shows that the average age of alcohol consumption in India has fallen by nearly 9 years over the past decade from 28 years to 19 and this is predicted to fall further to 15 years in another 5-7 years. This should be a matter of great concern to all. Early initiation into alcohol drinking could lead to longer and larger consumption, which can in turn predispose them to a variety of cancers.

Awareness about risks of cancers from alcohol drinks is completely absent in India. On the contrary, think cancers; think pesticides are the latest fad. This propagated delusion takes our attention away from IARC listed carcinogens. Crusading against pesticides use can by no means be considered to be crusading against cancers. It will be a mental shock to many to realize that there is no pesticide IARC’s Group-1 list. Skeptics should visit the web site of IARC. The Cancer Research UK recently published a position paper “ Pesticides and Cancer” which concludes Fruit and vegetables sometimes contain very small amounts of pesticides so it is a good idea to rinse fruit and vegetables before eating them. But there is no evidence that these small amounts increase the risk of cancer in people who eat them”

Time is ripe for government of India to run a highly visible campaign highlighting the causal link between various cancers and alcohol consumption. This would help Indian citizens to make an informed decision before saying “three cheers” fully aware of the proven carcinogenic properties of the alcohol beverages.

Foundation for Alcohol Research and Education, Australia strongly proposes a label on all alcoholic beverages that reads: “Health Warning- Drinking Alcohol increases your risk of developing cancers” similar to the ones seen on tobacco products. A good proposal for consideration in India too…!