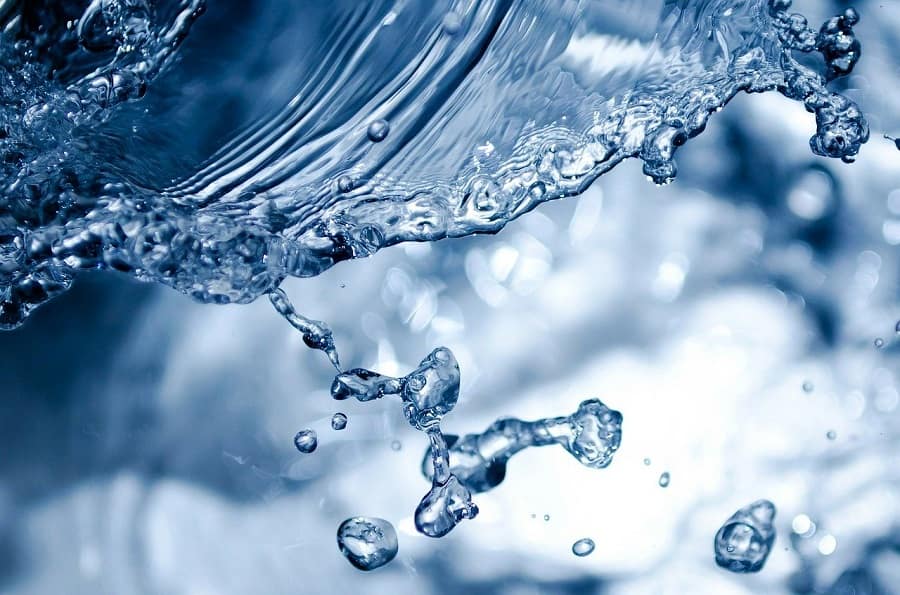 It is ironical, the richer we become, the more resources we consume, the longer we live, the more pessimistic we become about the future and start panicking in the present.

The latest panic mongering is about vanishing water. “Future wars will be fought over water”claims a news headline.

The science and technology has successfully tackled food shortage, a problem till 1980. It, therefore, exited our minds. Its space has since been occupied by the imaginary, impending water shortage, water wars, deaths from dehydration etc.

If we recollect the law of thermodynamics, the fundamental principle is that energy can neither be created nor destroyed. It can only be changed from one form to another. The total energy of an isolated system is constant. Albert Einstein’s museum in Bern, Switzerland has an excellent audiovisual explaining this observed fact.

Here is some spicy stuff about this museum. Among the artifacts on display at the museum is an enlarged and laminated mark sheet of Einstein showing that he was an average student alluding the fact that inherent intelligence is not linked to academic brilliance. I spent considerable time watching the reaction of the visitors to this artifact. It was fun. Other popular exhibits in the museum include a six-inch long wooden pipe that Einstein used for smoking, his matchbox and his favourite brand of beer bottle. All these should deconstruct the mental image of a scientist that most of us carry! Good!
Similar to energy, the water can neither be created nor destroyed. It can however change forms and locations- liquid, solid, vapour, held in plant and animal systems, minerals etc. It can also be said that the water is continuously destroyed and created equally in the planet earth. If water is not in liquid form, it may be in the form of ice or vapour or part of plant or animal bodies.

When we read/hear about water shortage, we must consciously realize that the real issue not shortage of water in the earth, but shortage of usable water in a particular location or time. Water is a renewable resource.

I read this piece from the net: “ Water was perhaps formed in the space- in gas clouds- and delivered to the earth when it was formed billions of years ago. No water is being created on the earth nor is being destroyed… the earth has neither gained single liter of water nor has lost one…it remains constant…. Besides the whole debate about reusing water sounds silly because the nature recycles water continually…the glass of water that we drink today could have once been a portion of dinosaur’s pee!

Of the water present in the planet earth, the really usable portion represents about 1% of the total. This itself is huge in terms of volume. About 97% is salt water and 2% in polar ice

“The total amount of rains falling on land surface across the globe remain relatively constant in each decade”categorically observes the Center for Ecology and Hydrology, UK. Of course, the distribution of rainfall varies.

We traditionally draw water for our use from the surface and sub surface water sources. In the last 1-2 decades, many countries and cities have started producing potable water from the sea water through desalination. Mega desalination plants now operate in over 120 countries. The power consumption to desalinate water has steadily come down from 114 kWh/1000 gallons in 1979 to less than 14kWh/1000 gallons of produced fresh water. One US gallon is equal to 3.78 lit of water.

Technology continually improves the cost effectiveness of the Reverse Osmosis technology. The Middle East followed by North America and Europe lead in the installed capacity of desalination plants.

The largest desalination plant in South Asia is in Chennai.

India has over 7500 kms of coastal line. More cities and towns could consider installing desalination plants.

At any moment, the atmosphere carries 37.5 million billion gallons of water in invisible vapour phase. This promises to be an exciting source of drinking water. The right and inexpensive technologies and products are now available. The search term ” water harvesting from air” fetches over 43 million responses! I reproduce below one such response.

Atmospheric Water Generator: Generates water from the natural humidity in the atmosphere…..for the home and office… can generate enough drinking water for the average-sized family each day without the need for an external water source; making about 38 liters of clean water each day at 55% humidity. …….The water generated is one of the purest in the world and is free from foreign matter or inorganic materials thanks to the advanced filtration system built into each unit…. The ozonation and UV ensure that all bacteria and other microorganisms in the water produced are eliminated.
38 lit/day. Home >11000 lit/day.Village
Atmospheric Water Generators
There are quite a few Indian companies producing compact instruments for harnessing water from the air. Big corporates can consider installing them in rural schools as a part of CSR activities.

When a resource is renewable -which water is- the human ingenuity produces innovative solutions to ensure its sustained availability. So no need to panic.

Finally, some useful data to burst a few useless myths.

It is application of science and technology – in agriculture and in industrial production- that works wonders in China. India must learn from China. Of course, China’s infrastructure is several thousand times better.

Latur (Maharashtra) is in the news for severe water shortage .Latur district’s average annual rainfall is 600 mm. Similar to that of China and is slightly less that that of the USA(715 mm).

In a country like India that receives annual rainfall of 1100 mm and is served by several perennial rivers, if the people water shortage the blame should go to poor governance, poor adoption of technologies and not to 12% deficient rains.